I love diving into new things… new cultures, new experiences and new photography approaches… especially when people are being their most creative selves such as during a Production Stills Photography session, right here on the Gold Coast.

Last week I was fortunate to meet Jack and Mikayla from Thundering Productions and head along to their Technical Rehearsal to make some incredible Documentary Production Still Images…. The aim was to capture this energetic cast and crew as they ran through their new  “Live in Five” production (written by Beth Greetham), ready for Opening Night this coming Friday the 22nd April 2022, for an amazing evening performance.

I was thrilled to be making pictures of all the effort that goes into pulling a fun, lively, fresh comedy show together for our community.  The Actors were incredible, bringing a feel good and uplifting energy to the show!!! I mean really talented and fun!! I found myself giggling and laughing as I was making the pictures and watching them have so much fun running through their scenes, using the props, bringing me into the story with their incredible facial expressions and just watching on as they breathed so much life and energy into this fantastic little play… 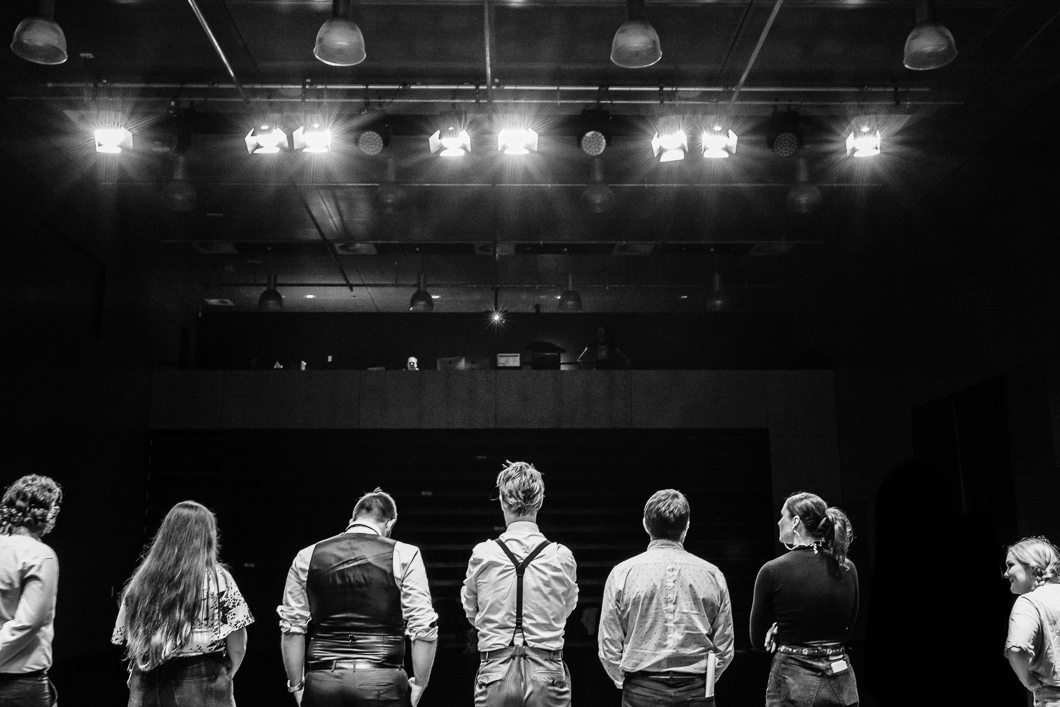 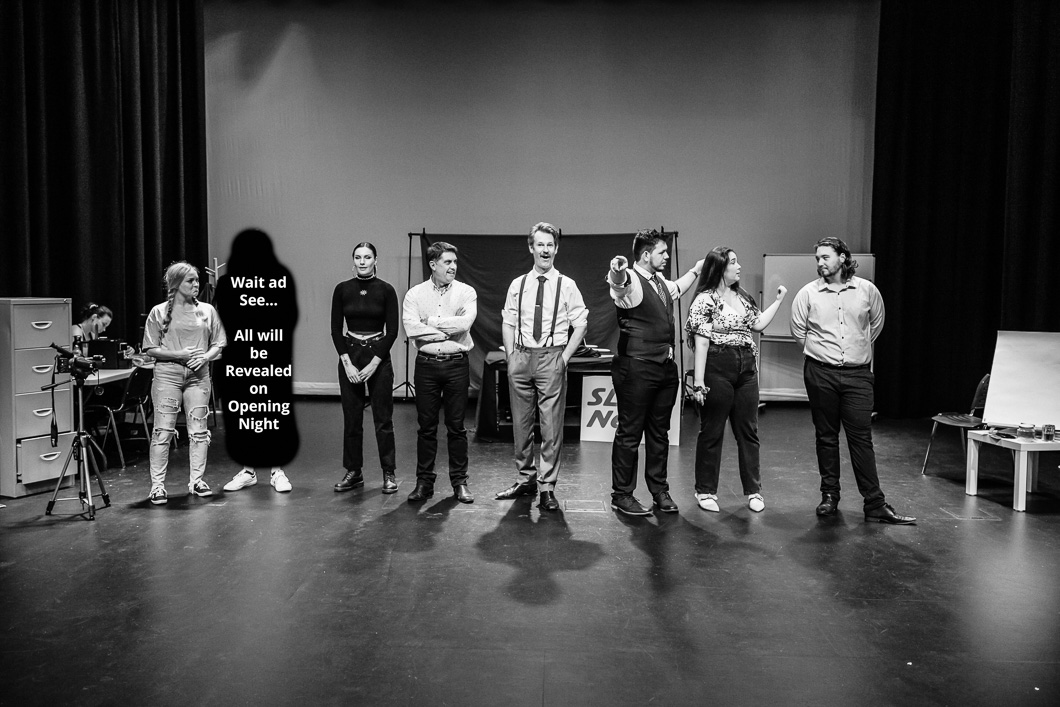 I was also fortunate to make some pictures of the crew behind the scenes as they got to work to make sure everything runs as smooth as clock work.  The calm and cool Paulie the Stage Manager watched on and prepared notes ready for the performance and queues to help the cast into place on the night.  Visionary Jack Lovett the Director was watching with one eye on the crew as they ran through the scenes, found how to use the space on the stage, and made sure their voices would carry all the way to the back rows.  His other eye was working with his technical crew to determine the lighting requirements for each scene, ensuring any other tech requirements were ready, whilst he was also juggling the look, the feel and the organisation of bringing “Live in Five” to life here on the Gold Coast.

I will never underestimate the passion and consideration from all the cast and crew and behind the scenes work that is needed to bring a show to the audience so that the audience is enamoured by the story, captured by the actors presence and ability to bring them into the story, feeling the highs and the lows as the production finds its breathe (guided by all the crew working to bring it all together (lighting, sound, props, stage direction)).

What an absolute thrill and honour to be able to take an audience somewhere new and different for a few hours.

After a few years with hardly any live performances, limited music, limited plays… It’s time for the local community to get behind our local Artists and support all the new artistry and performances that’s coming back to life.  Jack and Mikayla from Thundering Productions are so excited to be able to bring this show from the UK to life with great talent from the Gold Coast… and are looking forward to producing more local Thearte and fresh story telling for the lucky patrons all across the  Gold Coast and south east Queensland.

This is just the play for date night – plenty of laughs, loads or energy and a freshness that will take you somewhere else for a few fabulous hours.  Evening shows this Friday and Saturday with a Sunday afternoon matinee. 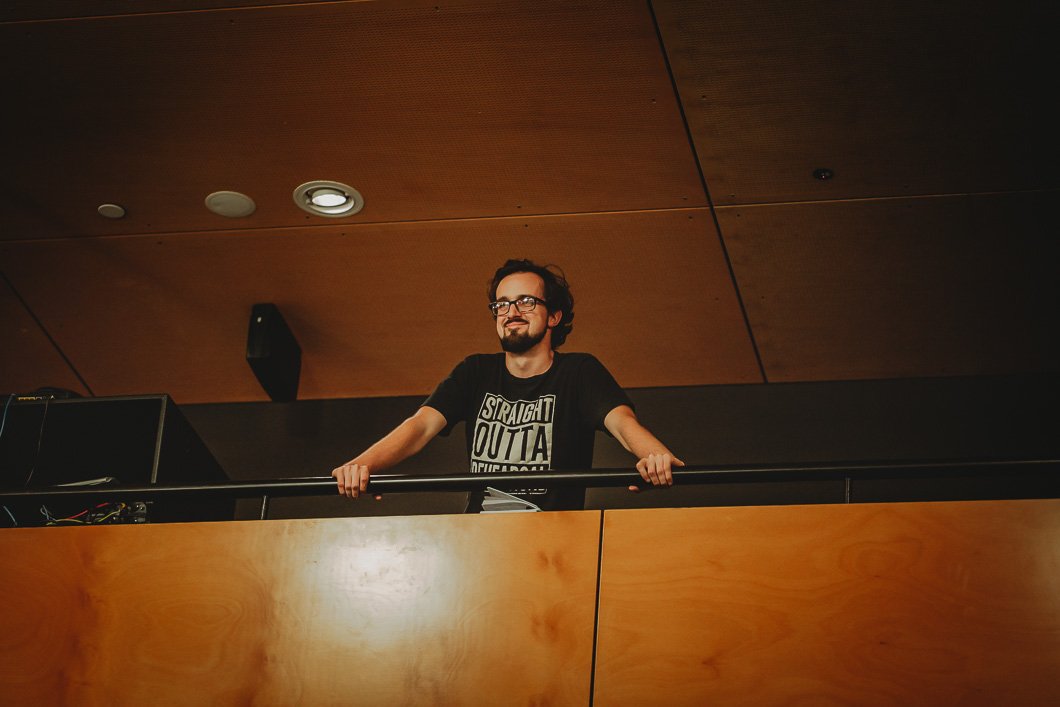 Here’s what the Director Jack has to say….

Good morning! My name’s Jack Lovett, and I’m one of the producers of “Live in Five” – a fresh, new comedy play showing at the Helensvale Cultural Centre this coming weekend! It’s a hilarious, brand new workplace comedy set in a news broadcasting studio. Check out our trailer below!

The play is presented by Thundering Productions – a new, Gold Coast based theatre & film production business owned and managed by myself and my partner, Mikayla. We love theatre, storytelling and entertainment, and we’re really big on producing new works and original concepts from fresh, up-and-coming writers. And more than anything, we just want to bring people to the theatre and make them laugh!

“Live in Five” is energetic, fast-paced, sarcastic, and filled with fun characters and heart. It follows the SLWK News team as they compete for promotions, challenge each other to give something up for their annual Lent celebration, and prepare for an impending visit from the obnoxious boss. Most of all, it’s a fun night, a guaranteed laugh, and a break away from reality. We’d love to see you there!!

Showing at the Helensvale Library and Cultural Centre 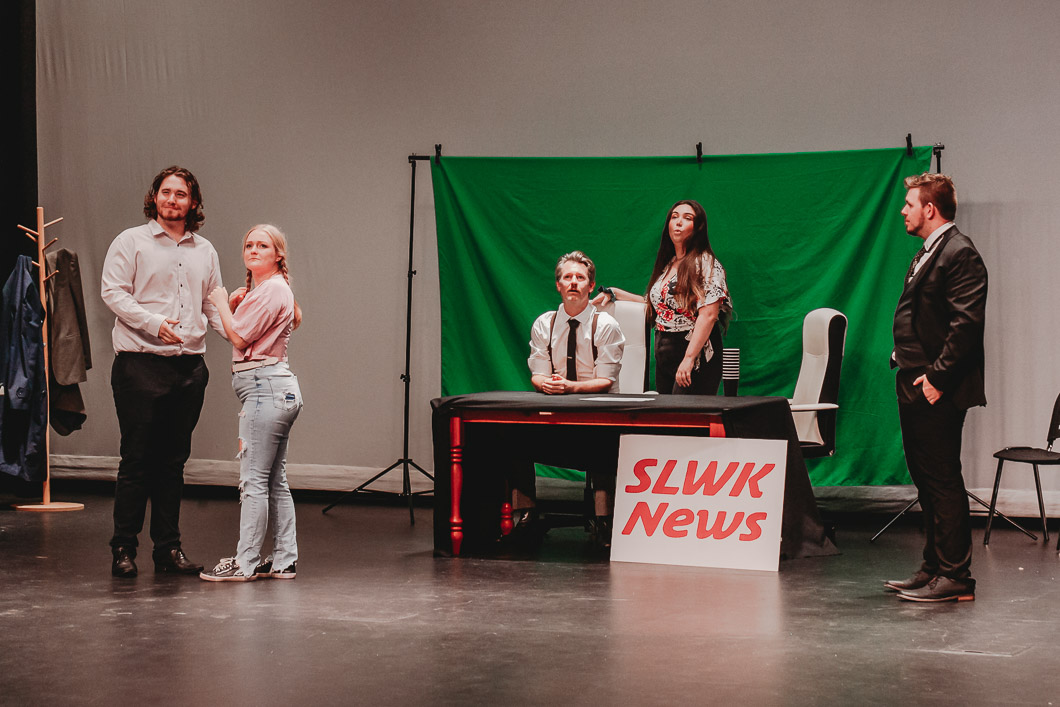 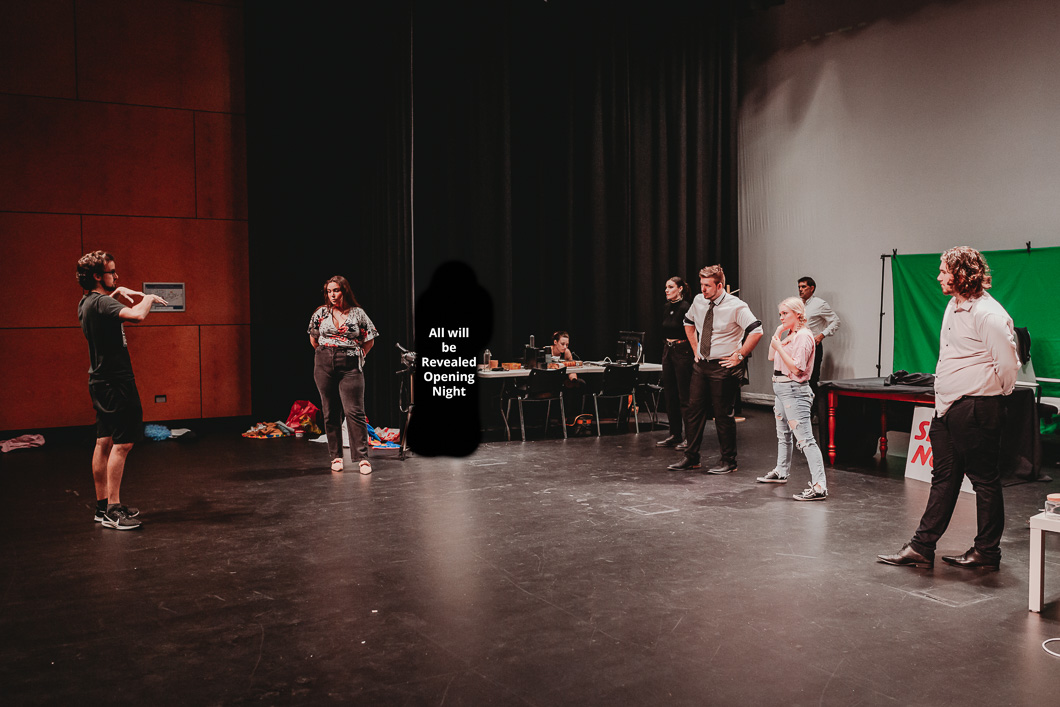 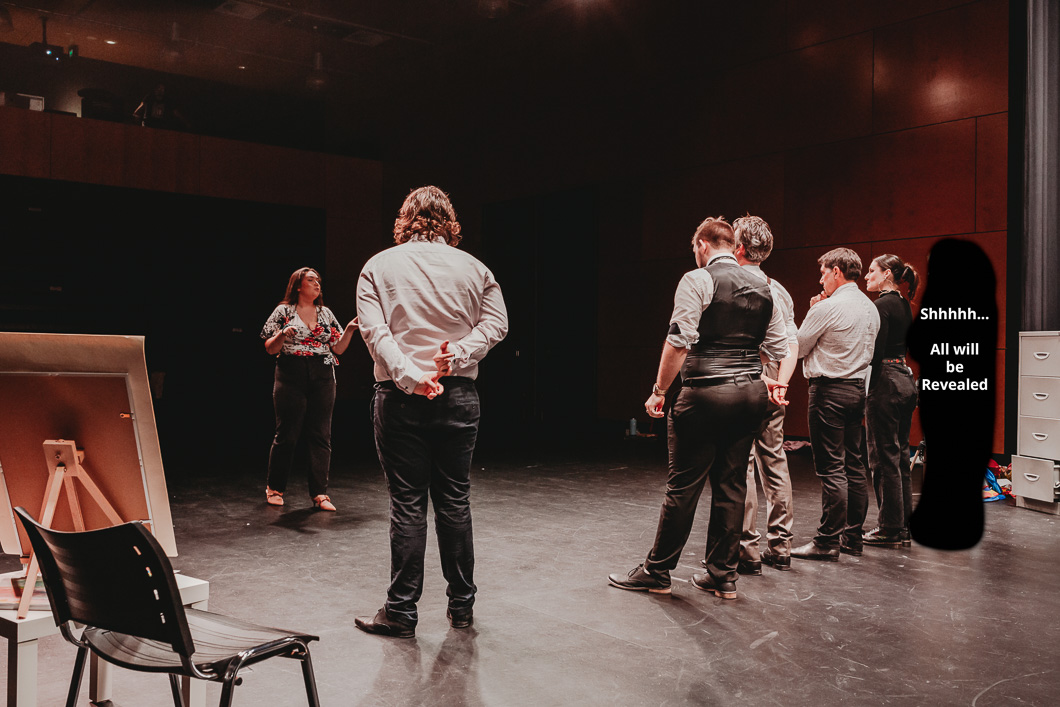 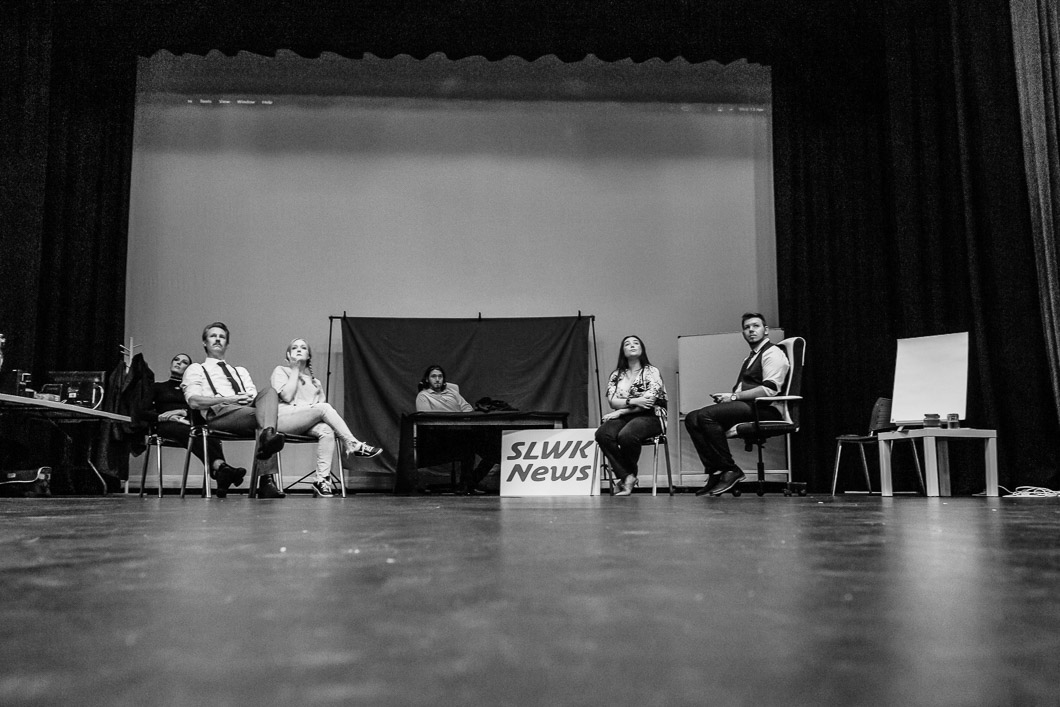 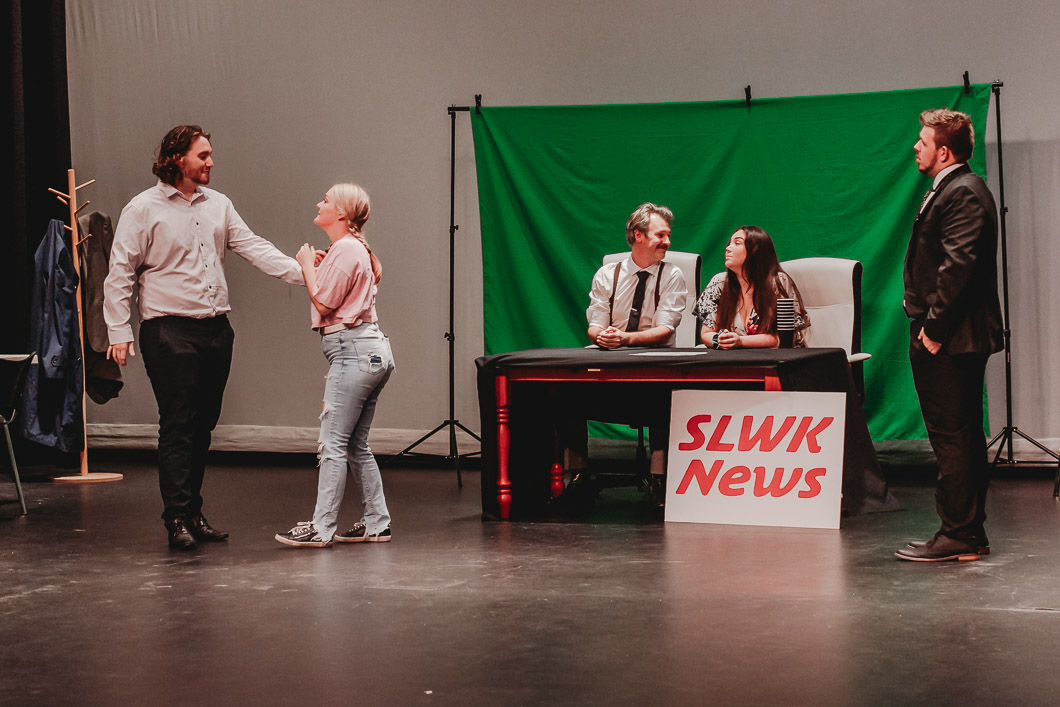 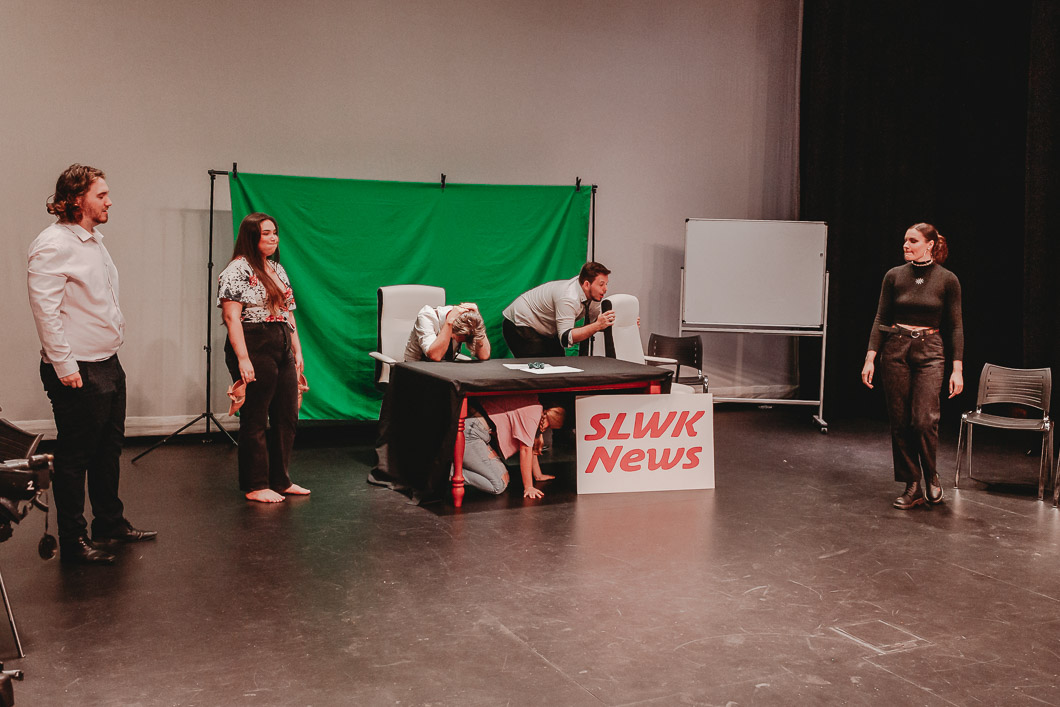 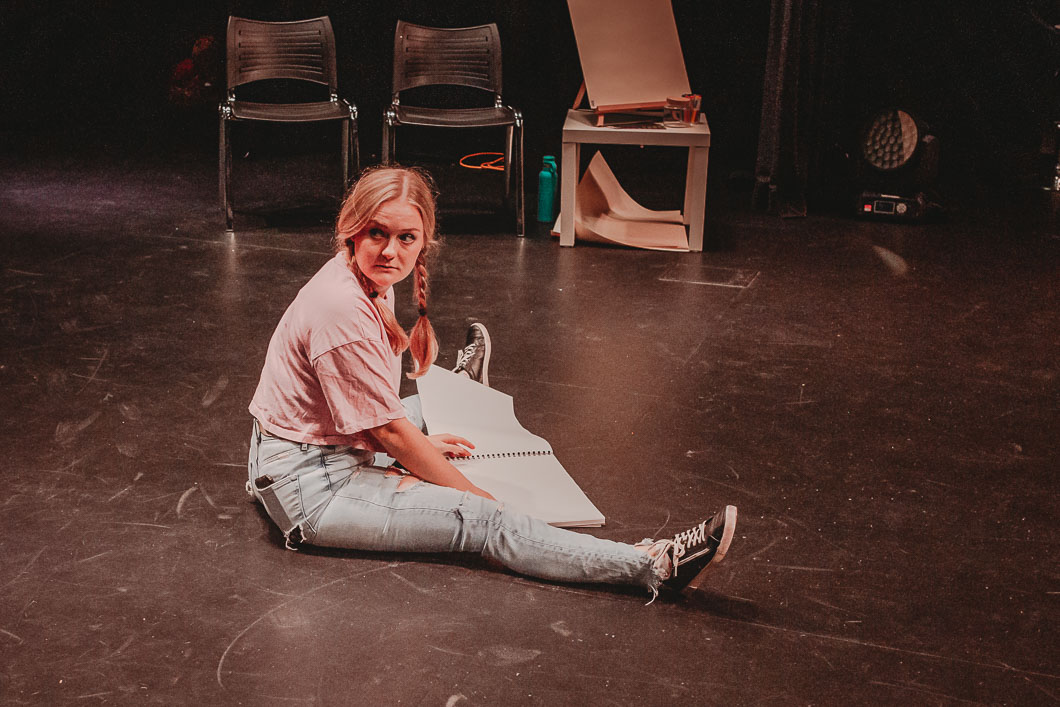 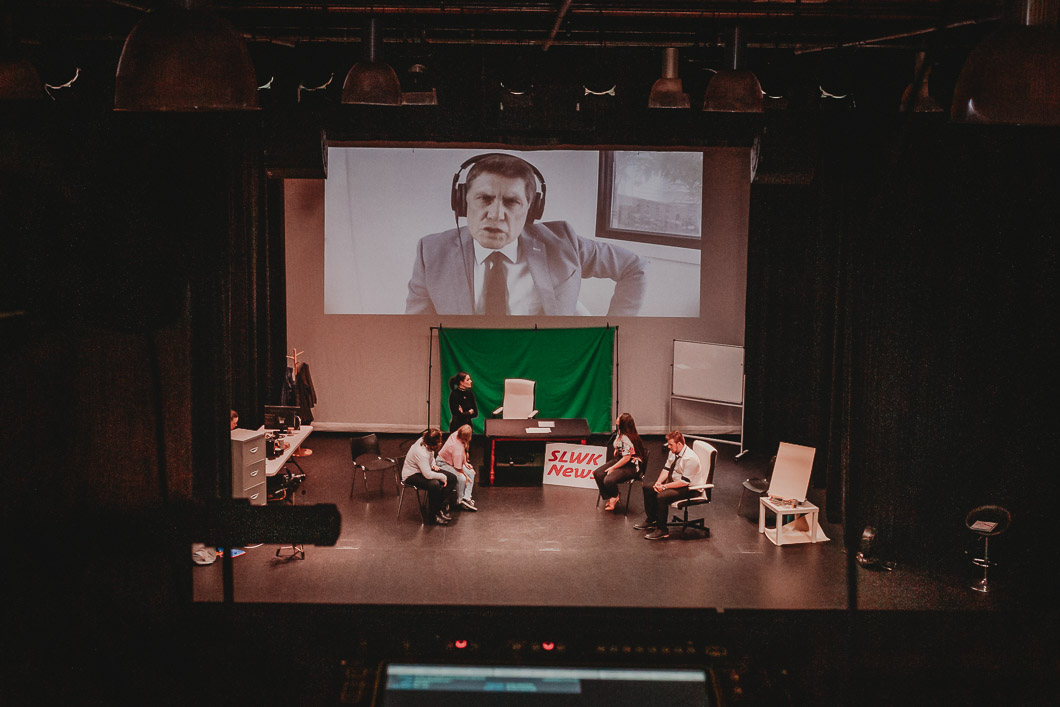 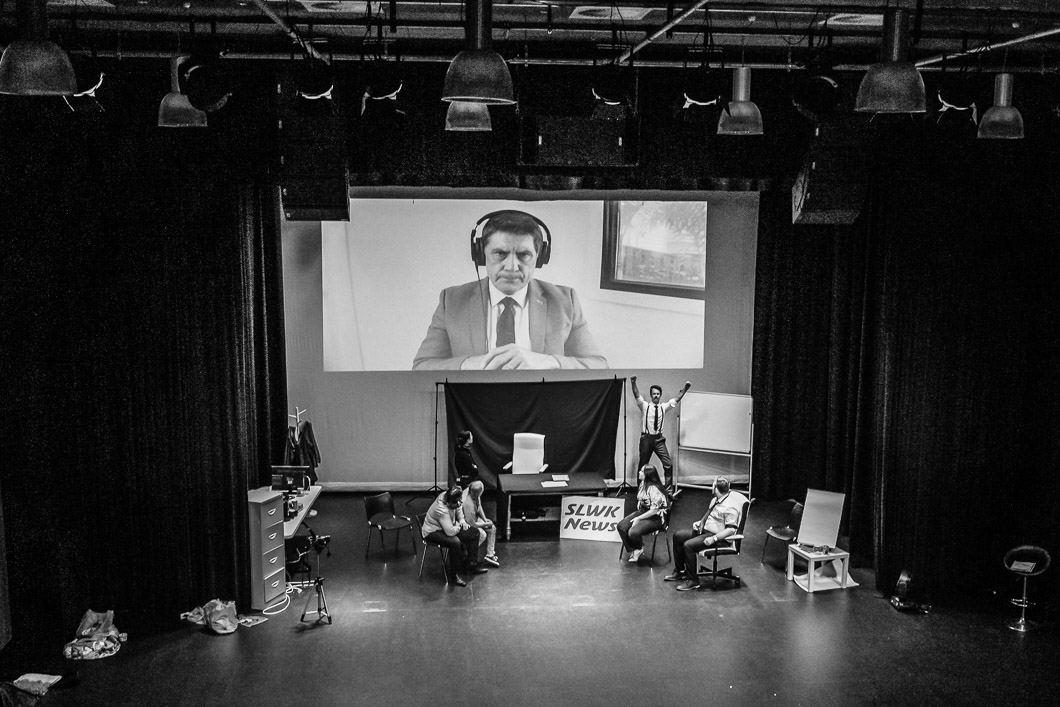 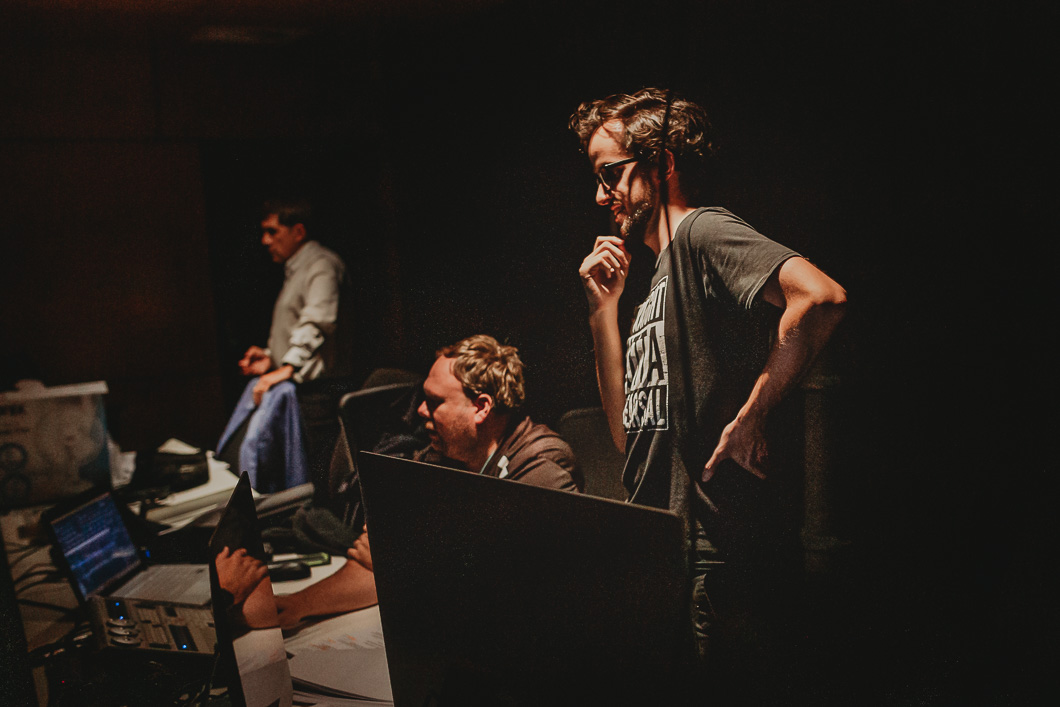 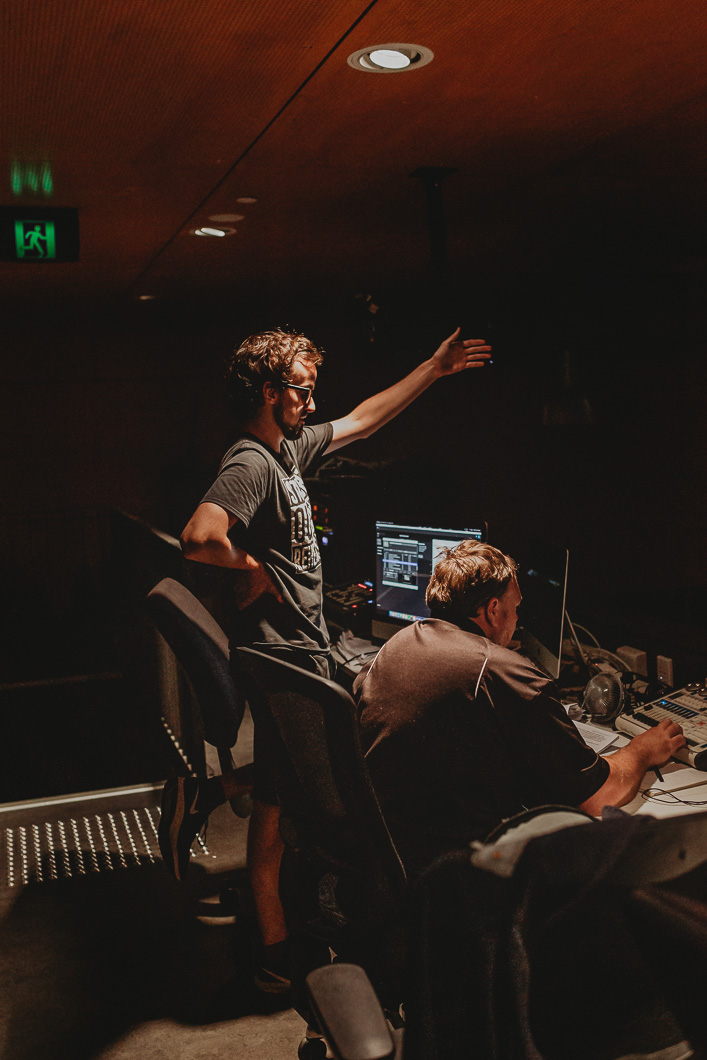 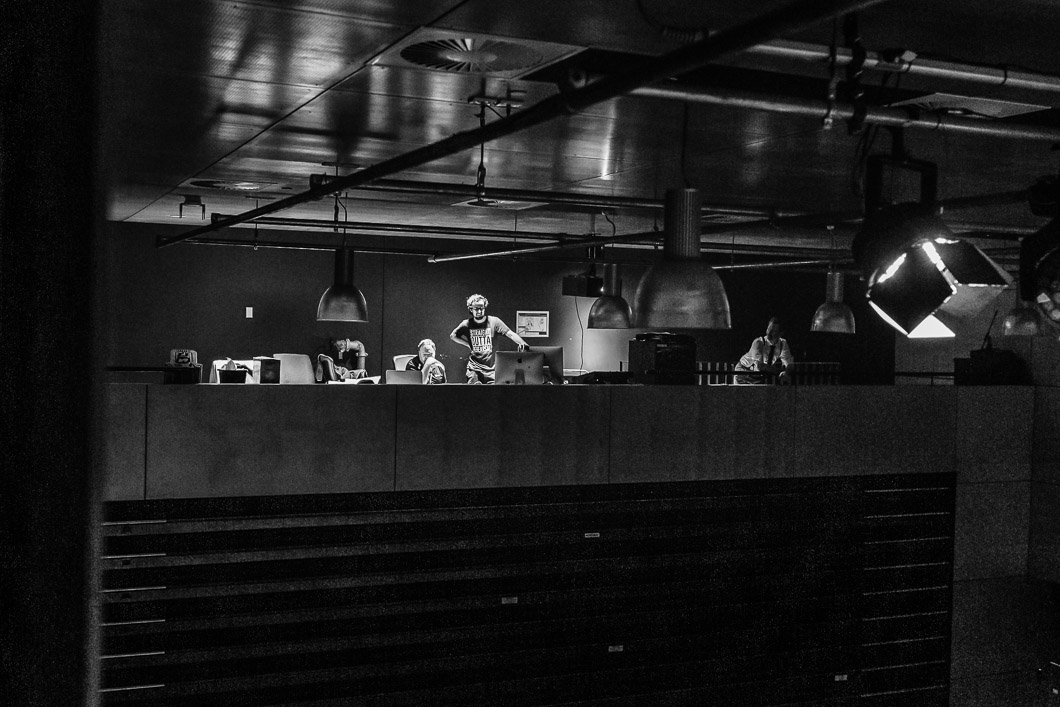 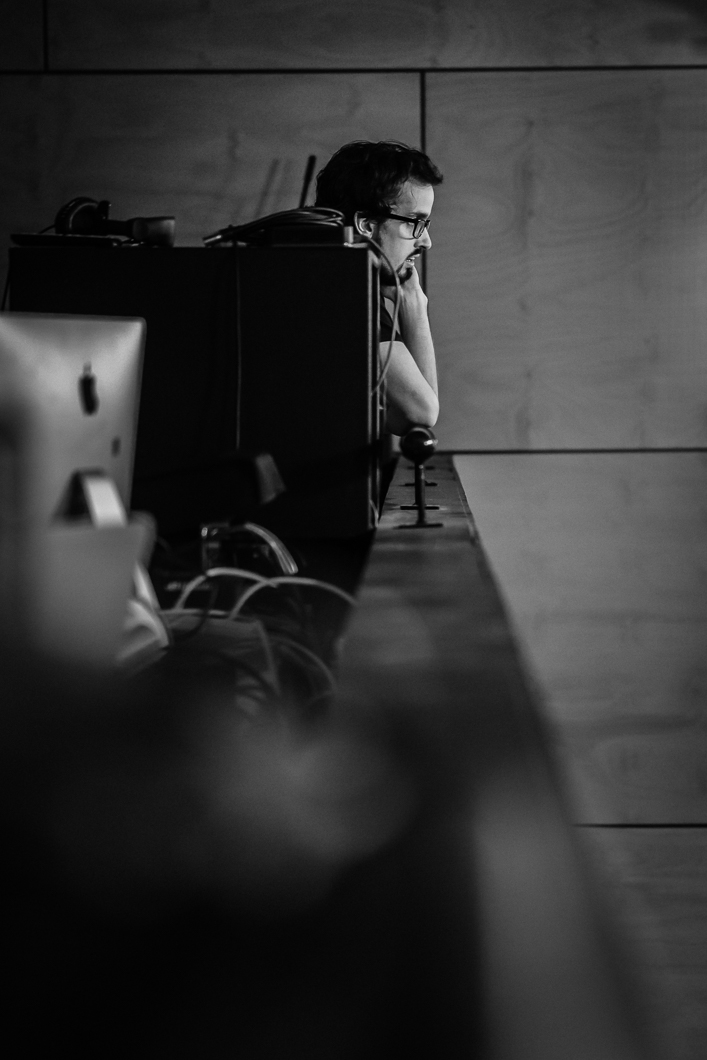 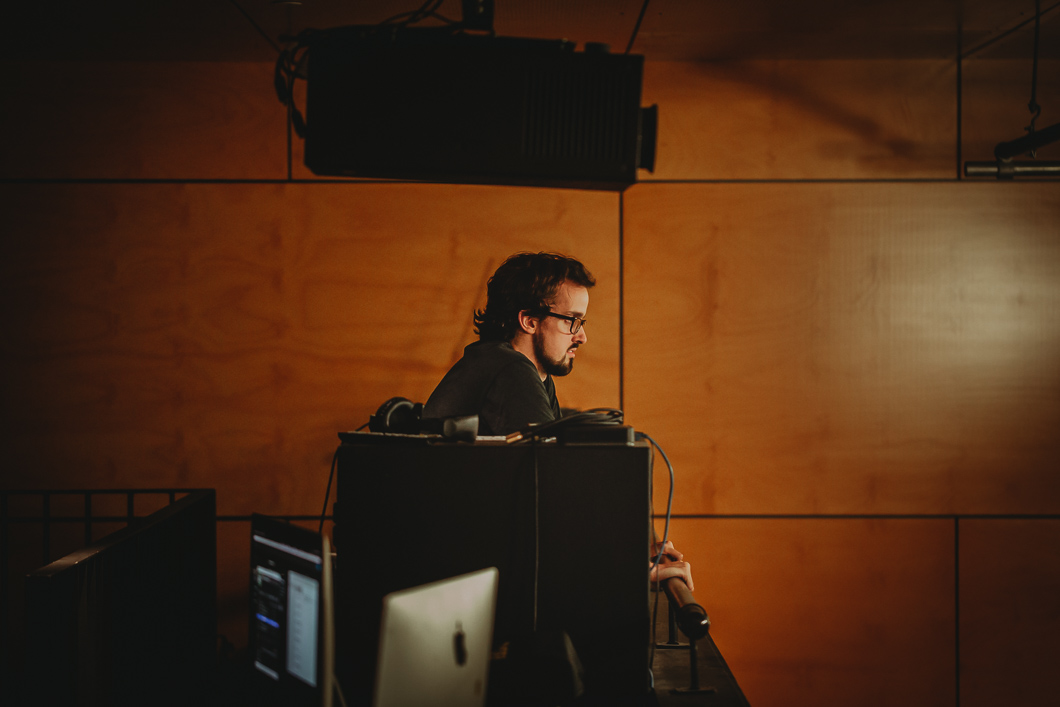 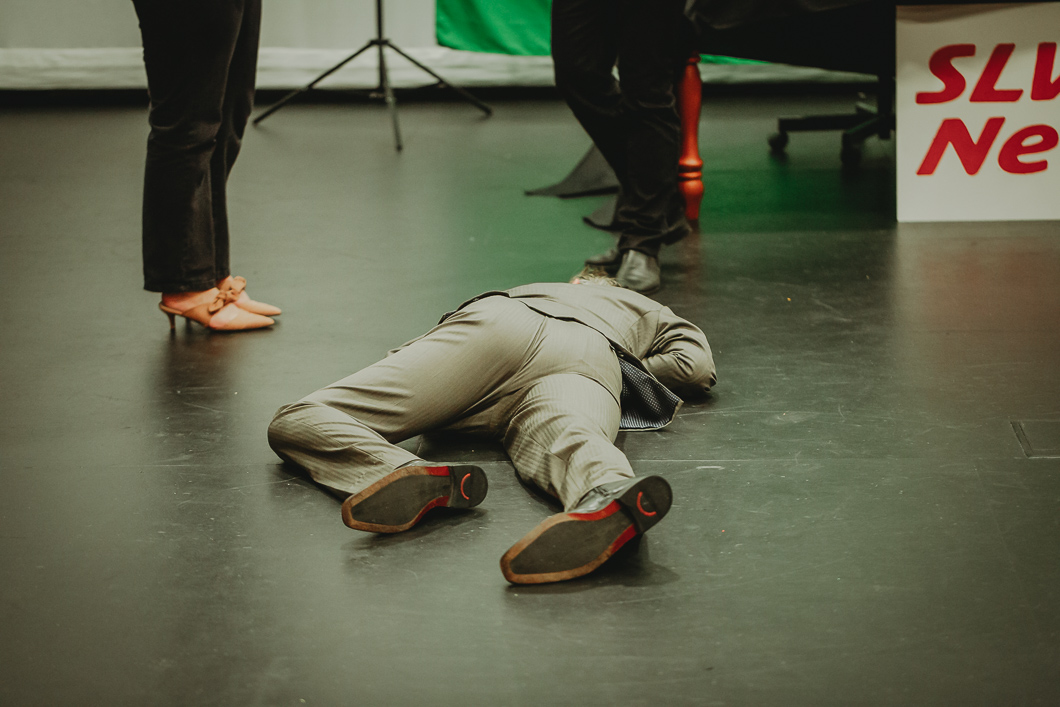 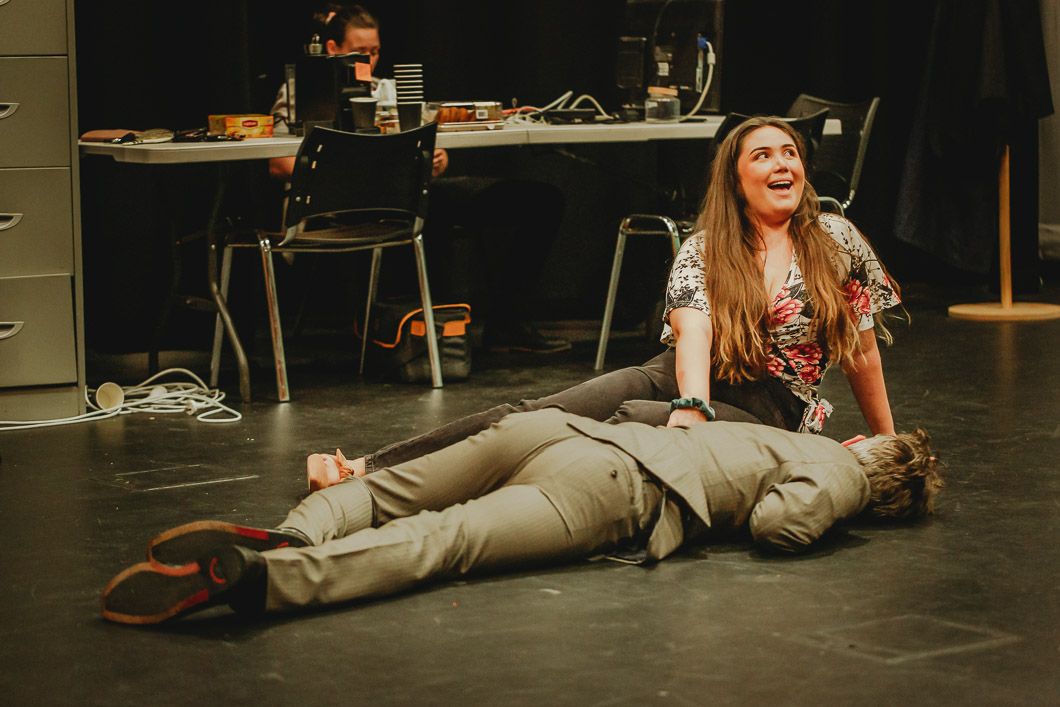 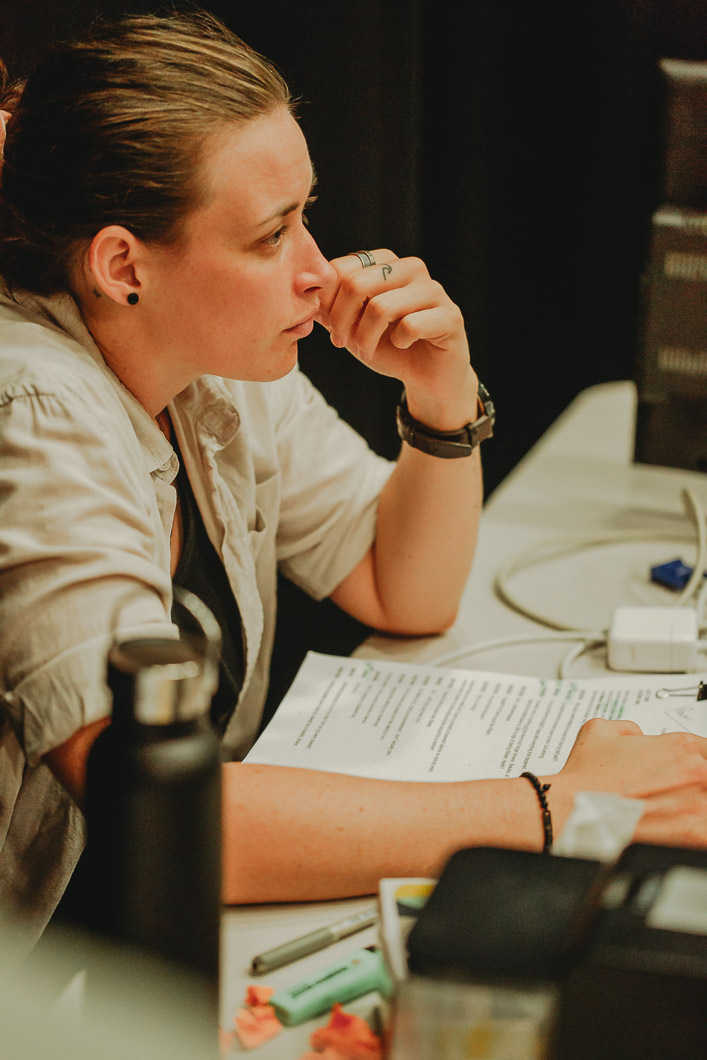 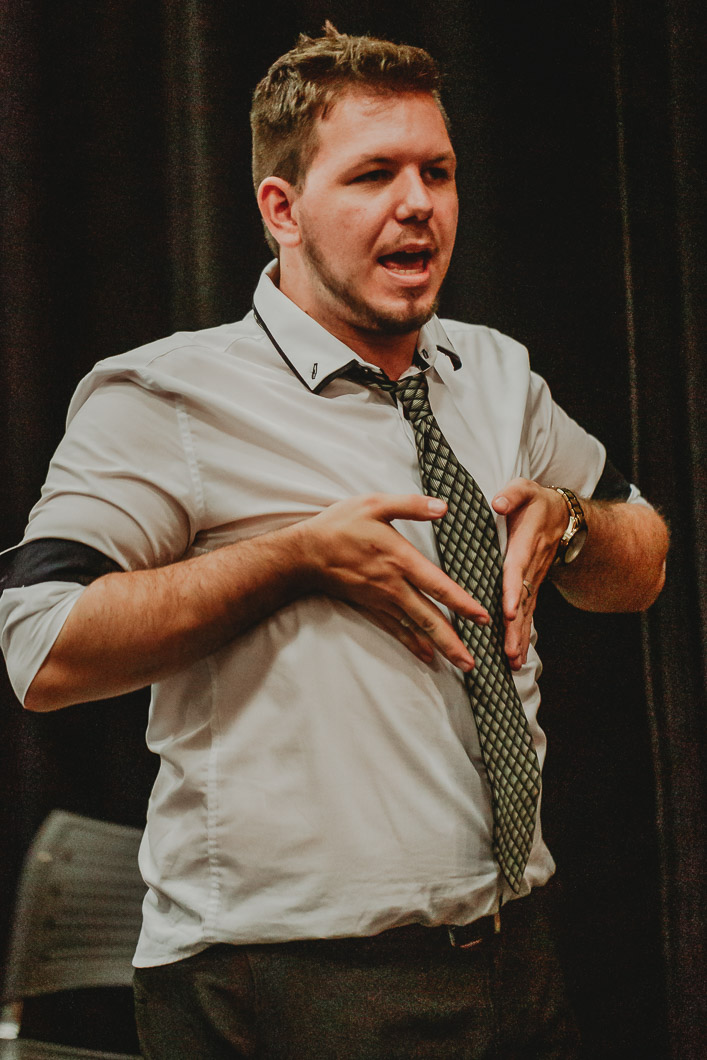 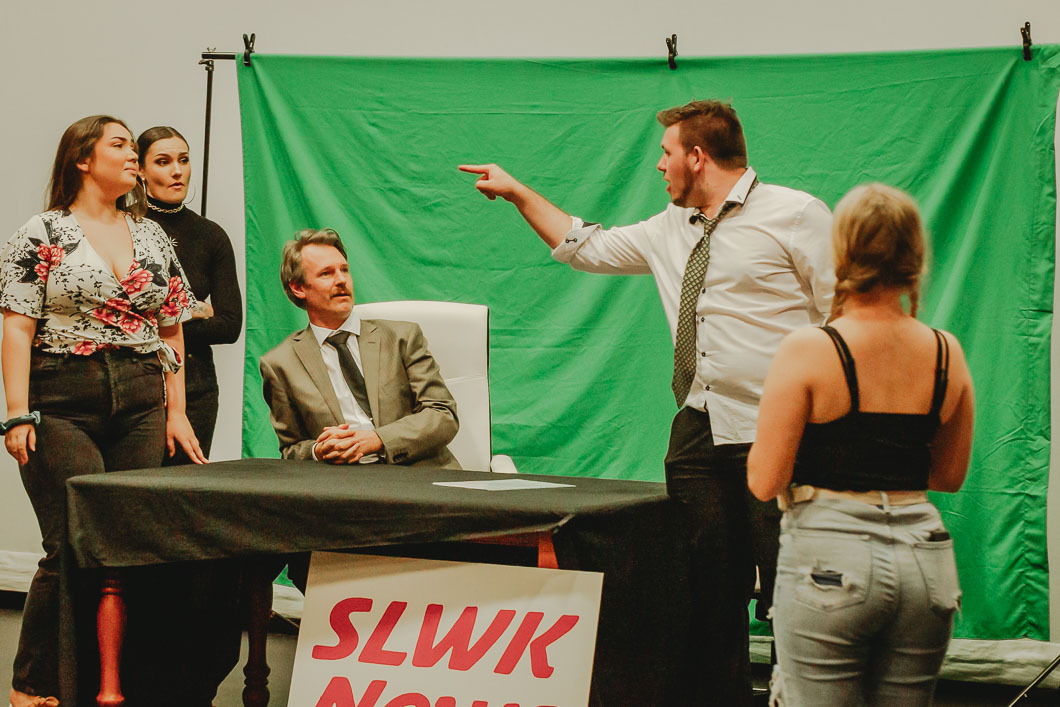 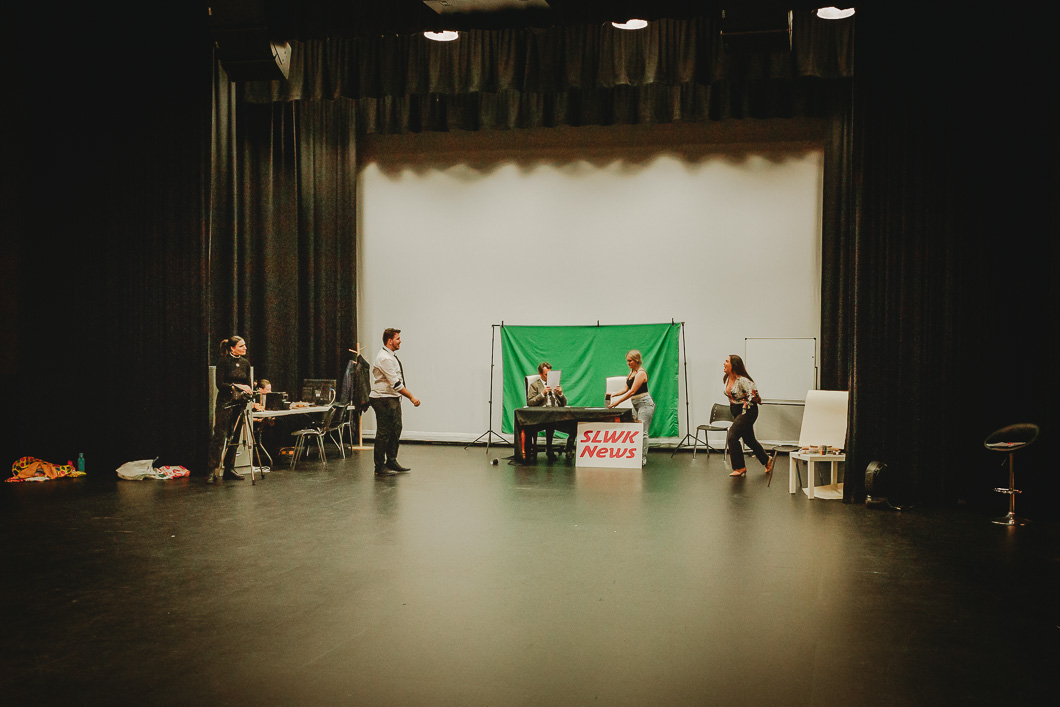 So Gold Coast community, let’s get behind our local performers and artists by going to shows, making it a night out to really enjoy…

See you out for Dinner and a Show? Why not!